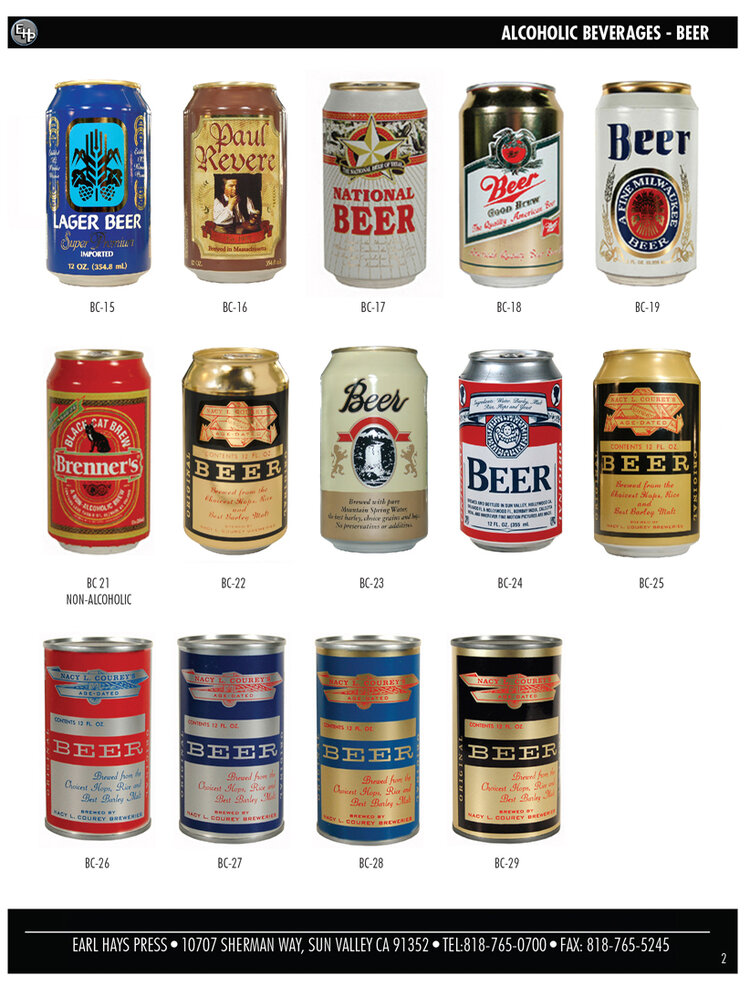 You'd have to be about my age or older to understand.

It's all about product placement. The rules were a little different in movies and TV prior to the 1980s. The studios used to have to pay and pay big money to include branded products on screen. So instead of doing that, they'd hire somebody, the above link for a very big example, to fake it.

The "Nacy L. Courey's" beer can was an unintended icon of the late Seventies/early Eighties dramedy show. I have no idea where it first appeared, but it appeared frequently on The Rockford Files and Eight Is Enough and a lot of other genre shows.

Now the world has reversed; companies compete with one another to appear in big movies, and now, when a studio does a fake like this it's more likely for satirical intent. But it's still enough to keep The Earl Hay's Press open and busy.

Now I want to design a race car livery celebrating Courey's Age-Dated Beer. After I do one for Schleppo, of course.